The Christmas after Gabe died, my best friend bought me the Willow Tree Angel of Courage.I suspect that she intended to buy me one of the pregnant ones, and I think she settled on Courage, mostly because there is no angel of dead baby (But Susan Lordi, if you are listening).

Courage was more apropos than I expected.

One of my co-workers is pregnant. I knew her due date before she did. When she was trying to figure out when she would be due, I knew when she got pregnant. She’s a bit earlier, by perhaps 2 weeks, which is really nothing in the world of pregnancy. But I could tell her when she was due, when her trimesters ended, about when she would feel movement. I could promise with some authority that she would feel better in September. And it is hard to believe that it is 2 years and not me.

My manager asked me, after her announcement, if I was ok. “That must have been hard for you.”

And I suppose she’s right. And not. Almost 8 years ago, they told us that if we could have a baby, if, the process would be long and costly, and difficult. And Mr. Spit and I were ok with not having kids. No, ok isn’t right. We mostly accepted it. Decisions like that aren’t accepted clearly or easily. Sometimes we would stand and face not having kids, and sometimes we would talk about when we have children.

And then there was a new protocol, and we decided to try. And Gabe was conceived. And it was all so easy. And then it wasn’t any more. 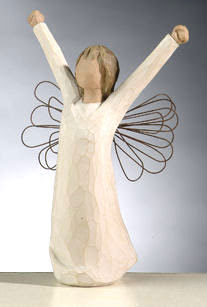 kind of in that place now, not sure what to do. Not sure if we want back on the horse, and how much time we want to spend. We debate. A year of trying. Not pregnant. But, 3 miscarriages, so something’s working well. High risk pregnancy. We go back and forth.

And all of this went through my mind, as I balance career choices and wants and where I am and where I so desperately want to be, and where I thought I would be. And I think about hard.

And then I can see her, with her arms outstretched.

This entry was posted in TTC # 2. Bookmark the permalink.