I was standing in line at the hardware store. It turns out that I didn’t have any construction adhesive and was a bit short on 1/4round and trim will go better when you have some. The people in front of me had 3/4 inch plywood and 5 2x4s. The cashier was trying to charge them for 5/8, which would be great because it is cheaper, but was also wrong. I suppose it’s only 1/8th of an inch, but it is noticeable.

I looked over, as the cashier was arguing and said that no it was 3/4 inch and pulled a measuring tape out of my purse (I needed it to buy the 1/4 round).

The older gentleman smiled and said “Now there’s a girl who knows her dimensions”.

This weekend I installed trim in my back entrance: around the windows, the door laid baseboard and quarter round, used up some decorative trim to go around the ceiling.

I hate assembling Ikea furniture so very much that I hauled out 2 saws, a sander, the cordless drill and the brad nailer to use up some spare lumber from the garage to build a bench, which I painted white.

When I was still married, I held the nails, the dumb end of the tape measure, did the painting and decorating. I didn’t build stuff. To be fair, it wasn’t because Owen didn’t let me. He was often hyper critical, but he absolutely didn’t ever stand in my way. I had no need to build things, he was so much better at it and I was never going to measure up anyway.

The nice thing about being alone is your realize how much you’ve passively learned over the years. I had to google how to use the brad nailer.  The caulking gun and I nearly came to blows, but in the end, I’ve done a passable job on the trim.

More than that, I really enjoyed it. I planned it out start to finish, bought the supplies, did all the measurements, glued and hammered and screwed things. I enjoyed figuring out how to make things work. The bench fills me with a tremendous sense of accomplishment. The corners on the window aren’t quite right, even with caulk. It was an amateur job.  I still got it done. All on my own. 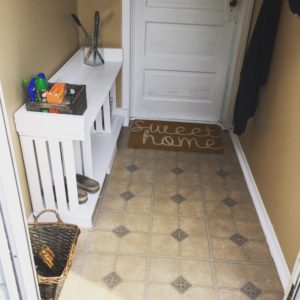 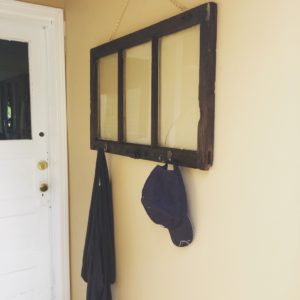 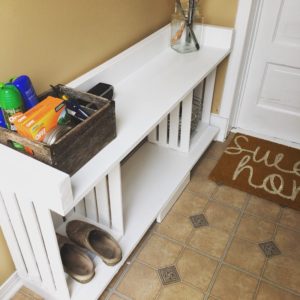 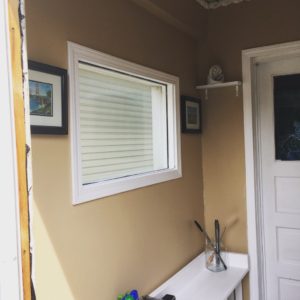 This entry was posted in Divorce, Home Reno's Aren't for Weaklings. Bookmark the permalink.

3 Responses to There’s a Girl